From Agra we traveled to Jaipur, stopping on route to the deserted Moghal village of Fatehpur Sikri. This village was built in the later 1500's, but was only occupied for 14 years related to inadequate water supply. The complex is huge, entirely made out of red sandstone that is so ornately carved that on first inspection you believe it must be made out of wood. The complex houses both a mosque and a Hindu temple, as well as a huge courtyard where the Emperor's harem used to perform. 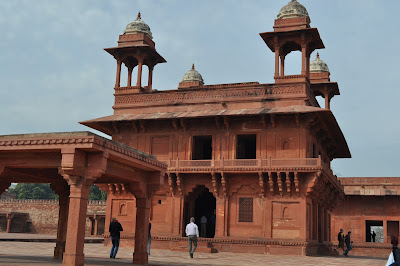 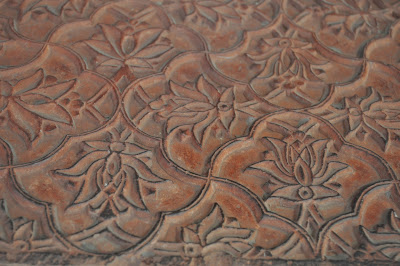 From here we drove another 5 hours to Jaipur, crossing into Rajasthan. Rajasthan is more brightly coloured, and also more Muslim. Unfortunately for me, Jaipur was the location where my "Delhi belly" kicked into full gear, and I spent the remainder of our trip sick- it took days before the antibiotics started to make a difference :(

In Jaipur we toured the Amber Fort- which is a massive fort that is situated in the hills, surrounded by a wall that is basically a smaller version of the Great Wall of China. The only fashionable way to get to the top of the fort was to do as all the other tourists do, and get in line for an elephant ride. I have never been on an elephant, and truth be told I'm not really a fan of getting on any animal that risks me breaking my neck. Why I thought this scenario was a good idea still baffles me, but I eagerly climbed onto that elephants back, and was equally as eager to get off!!! After what seemed like the longest elephant ride of my life we reached the top.  The Amber Fort is huge- you could spend hours here taking photos- we were on a more rigid timetable though as my "Delhi belly" really was calling the shots. Our guide gave us more historical information than I could absorb, so I just did the Indian head nod from side to side to convey my understanding. If there was a pop quiz I'm pretty sure I would've flunked!! 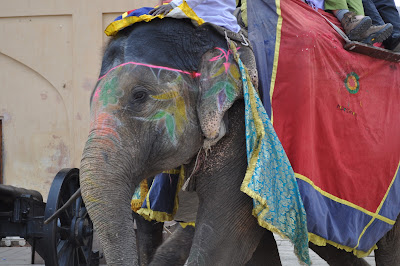 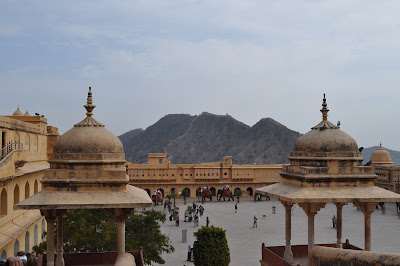 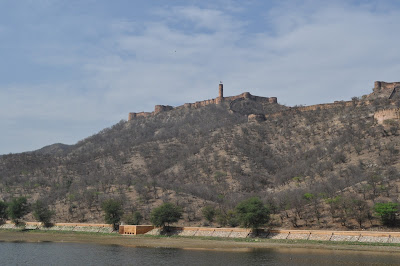 In Jaipur we got another round of shady massages- you'd have thought we'd have learnt our lesson!! Took photos of the Water Palace and the Wind Palace. It is a beautiful city that I would love to return to- all the buildings are a pink hue, and super photogenic!! After 2 short nights in Jaipur we were back on the road bound for Delhi.