After my 2 nights in Porto, I took the train back to Lisbon for my final 2 nights. My trip coincided with the NATO meetings that were taking place, many world leaders were in Lisbon, and so the city wasn't really functioning at normal capacity. Trains were delayed, security was jacked up, and I was camera ready. I spent one of the afternoons taking photos of the massive protests that were taking place. Pretty much all the signs and yelling were in Portuguese. It was completely different than similar protests I have seen in London, and Washington DC. Super peaceful- lots of locals, many of them elderly taking part. 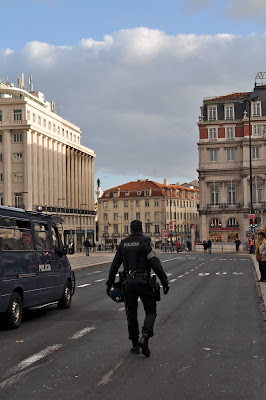 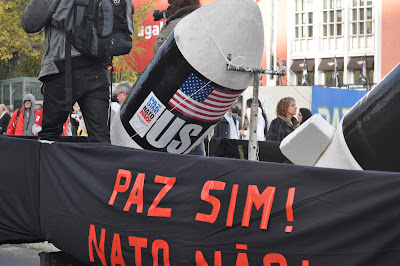 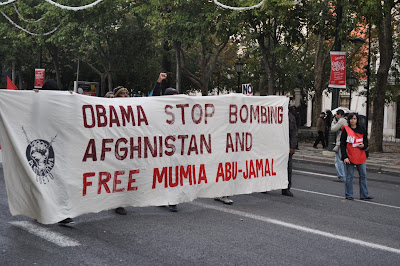 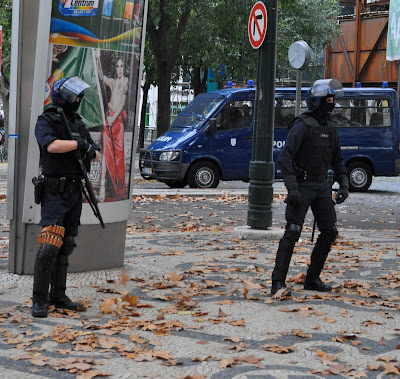 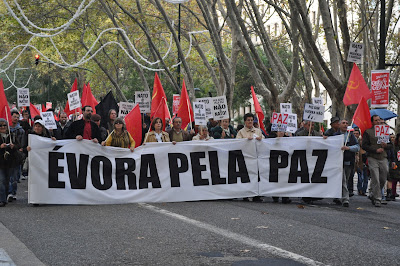