After our night of luxury at the Dead Sea we headed to Wadi Musa for the next 2 nights. We hired a driver to take us, and stopped off for a short time at Shobak Castle which was built by the Crusader Baldwin in 1115AD. We did the quicky version tour, and snapped a few pics before getting back into the car. 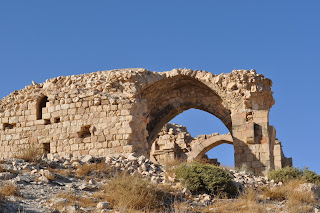 We then headed to Wadi Musi/ Petra where we checked into the Cleopetra Hotel. Yes, that's right- the CleoPETRA hotel. Jordanians are very funny!! We spend a low key 1st night there- went for a delicious dinner, and called it an early night. We woke up early and met up with a tour headed to Wadi Rum, which is this amazing desert/ rock formations about 90min from Petra.

We spent the day in the back of a truck, 4x4ing thru the sand, and attempting to decipher the minimal English our Bedouin driver knew. To say the scenery is breathtaking would be an understatement. It was simply amazing. Everywhere you looked was something you wanted to take a photo of. The sand is redder than anything I have seen before. It was like being in the desert and the grand canyon at the same time. Oh, and it was HOT. We ate lunch in the shade of a large rock formation, before jumping back into the truck for more touring. The truck stalled or broke down at least a dozen times- but we made it back in one piece. This was a really special day, and I would recommend going to anyone headed to Jordan. If we had more time I would have liked to have spent a night camping there! 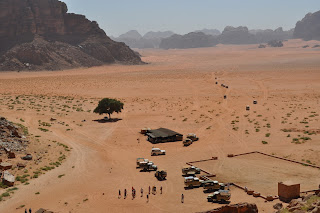 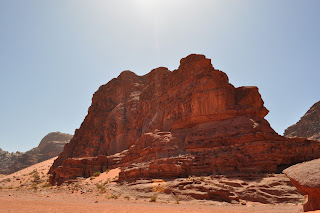 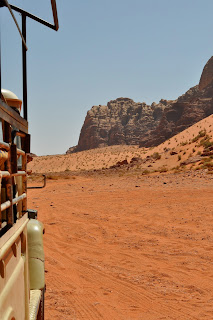 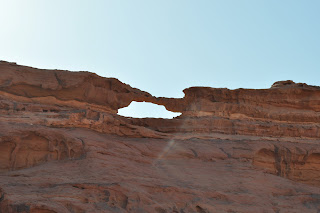