Last stop: Back to Istanbul

After spending a little more than a week on the Turkish coast we flew back to Istanbul for one final night before I would fly back to Riyadh. We had saved most of our souvenir shopping for last so we wouldn't have to lug all our treasure with us. We checked into our hotel, and headed off towards the Grand Bazaar, supposedly the largest covered bazaar in the world. It is enormous, and over whelming, and highly hilarious. The constant hassling, and hit-ons by the shop boys is pretty funny!! Almost anything you could ever want is for sale, and at very negotiable prices. My travel partner and I were in the market for Turkish lamps- which are beautifully ornate, and quite specific to the region. There are hundreds of different designs, and sizes to choose from. After much consideration I chose a bright multi-coloured set that should match what few furniture possessions I own!! 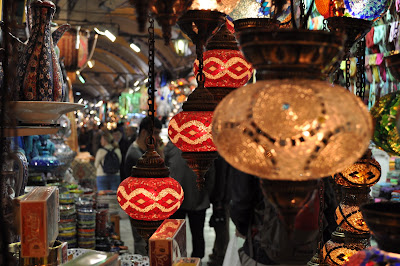 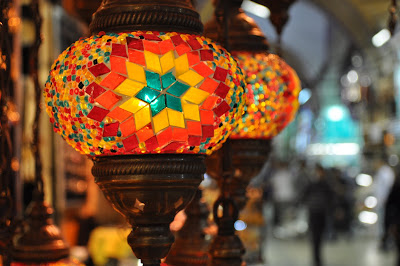 My travel mate and I will say that the most underrated thing on this trip was a tourist monument in Istanbul called the Hippodrome. Granted we didn't really know what the Hippodrome was, but we took extreme pleasure in saying this word every chance we got.....except that when we said the word it was like we were WW wrestlers, and often actually mimed a wresting pose while saying the word. It made asking for directions a little embarrassing, but brought us endless entertainment.....until we actually went to the Hippodrome, and found that it was a tall carved rock structure under construction. It so didn't live up to the expectation that we had- we had after all planned on buying T-shirts that boldly stated "WE SURVIVED THE HIPPODROME!!!" Oh the utter disappointment :)

All in all Turkey was a blast, and we packed a lot into 16 days. I returned to Riyadh just as tired as when I left, and actually am sort of looking forward to unpacking my suitcase for a minute!! Not sure what my next travel plans will be, or where, but am sure something will be on the horizon!
Posted by Kristine at 1:15 PM