So I spent the last week of March, and first 10 days of April touring around Turkey. It was lovely! My flight from Riyadh to Istanbul was delayed on account of a sandstorm.....yep you read that right. Visibility was crap, and the airport was covered in sand. People were wearing masks, and I was blowing sand out of my nose for the next day. Fortunately, the sand cleared enough for my flight to leave, and I was on my way. Unfortunately, for some unbeknown reason Canadians face the highest visa fees in Turkey $60US compared to the $20US Americans have to pay :(

My friend from Seattle had flown in the day before, so I met her at our hotel. Istanbul looks very much like a fairytale with the many round roofed mosques with minarets that dot the skyline. Honestly, it feels a little magical! We stayed in the Sultanahmet Area which is within walking distance of all the main tourist attractions. We toured the Aya Sofia a Byzantine church that was later conquered and converted to a mosque. 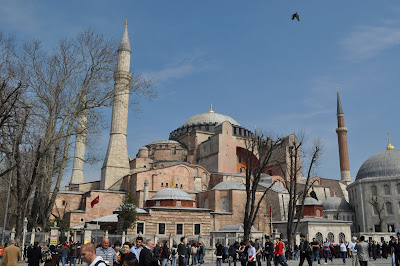 We toured Topkapi Palace from the 1400's which served as the center of the Ottoman Empire for nearly 4 centuries. It is a huge complex, and you could easily spend several hours here! 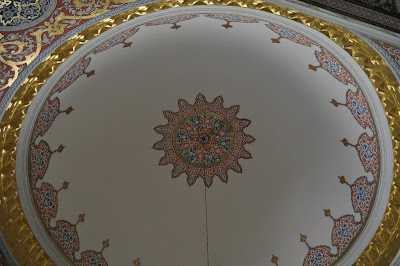 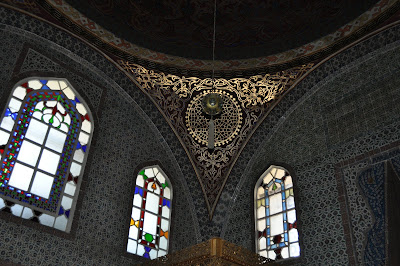 We visited the Sultanahment Camii (Blue Mosque), the Turkish and Islamic Arts Museum, and the Basilica Cistern or "Sunken Palace" which used to be part of the city's water supply. 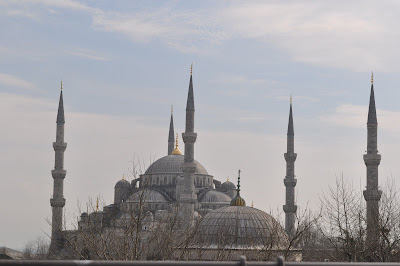 We ate delicious Turkish meze, drank to our hearts content and sampled the many different Turkish sweets. We even ate dinner one evening watching a Whirling Dervishes performance. 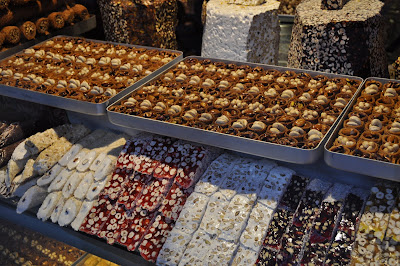 From Istanbul we flew to Cappadocia where the real adventure began!!
Posted by Kristine at 3:33 PM