We arrived in Cappadocia and had booked 2 nights in a cave hotel. If you ever find yourself in this area I would highly recommend staying at Traveler's Cave Hotel- its super cute, and they had the best breakfasts we had in Turkey!! The Cappadocia area very much resembles the cartoon The Flintstone's with houses and hotels built out of caves, and phallic rock formations dotting the horizon. It feels like stepping back into the stone age....literally!! We did a fair bit of hiking in the area- which was beautiful, especially at sunset when the colours of the rock change. 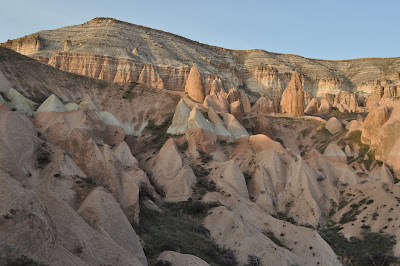 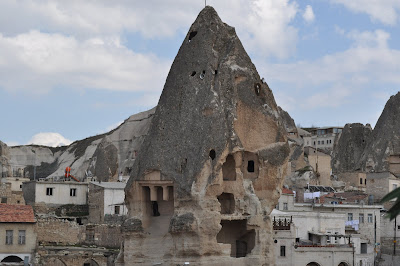 One of the mornings we got picked up at 6am to go Hot Air Ballooning. I've gotta say this was something I was very concerned about, what with my intense fear of flying. It turned out to be amazing, and really not nearly as scary as I had anticipated!! This was an incredible experience. The basket of the balloon was much larger than I had expected- we had about 20 people in it. There must have been some 40+ balloons in the air with us. It was beautiful to watch the sun rising while we were up. We spent just over an hour in the air. I would highly, highly recommend this!! 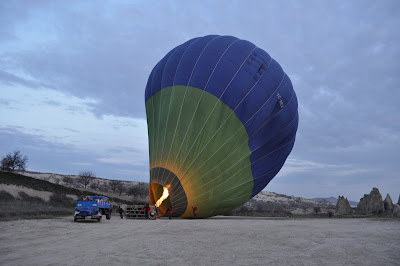 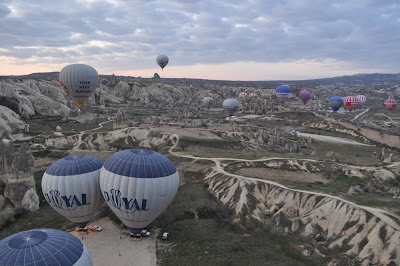 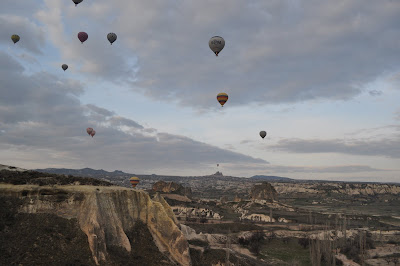 There are a number of underground cities in the area, the largest of which is called Derinkuyu which goes 8 floors below the ground. It is pretty cool, damp, and claustrophobic.  The area is also home to hundreds of cave churches and monasteries. My favourite church was located in Goreme at the Open Air Museum there called the Dark Church. The church (as its name reveals) is dark, and so the paintings here are very well preserved, despite that they are were vandalized when Islam came to the region (the eyes or heads of many of the images have been scratched out). 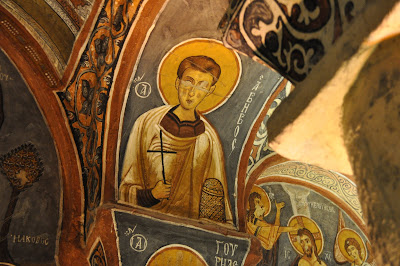 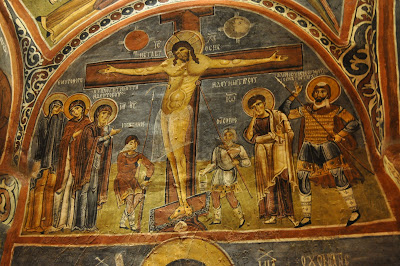 On our third night in Cappadocia we took the overnight bus to Antalya. Overnight buses always seem like a good idea at the time- you save the money of a hotel room because you're traveling. In reality, they are miserably uncomfortable, and you never, ever get any sleep. Which is pretty much how we rolled into Antalya after our 10hr bus ride!! Remind me to think twice before booking my next night bus!!
Posted by Kristine at 4:43 PM