We awoke on Day 2 to the sounds of drums and chanting around 7am. To our surprise there was a wedding at the hotel- apparently Sri Lankan weddings are a morning into the afternoon shin dig. We headed down for breakfast and were invited to watch as the wedding had hired dancers. It was amazing to be invited to take photos of such an intimate event. The dancing was quite similar in style to Balinese dancing, very colorful and energetic. We snapped a bunch of pics before heading to eat. 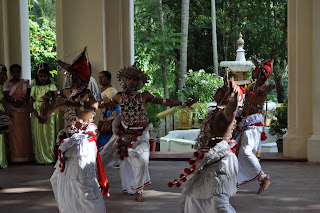 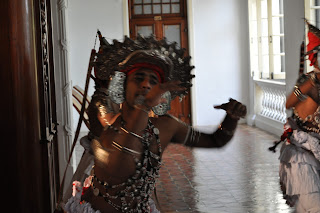 Sri Lanka is made up of a mix of religions- Hindu, Buddhist, Muslim, Catholic/Christian. They appear to be equally accepting of one another. The Kandy area is home to several temples/shrines, the most famous of all is the Temple of the Sacred Tooth Relic (yes you read that right). We started off day 2 with a visit to see about a Buddha tooth. This temple costs about $10 to visit, and there are several smaller temples on the site. Sri Lankan Buddhists believe that they are to make one visit to this temple in their lifetime- so be warned it can get quite crowded. We were probably 3 of the tallest people waiting in a line of several hundred people, and let me say if they could have, they would have pushed us over to get to the tooth. In the end we couldn't even really see the tooth, but it was still a great experience, and I took a ton of photos!! 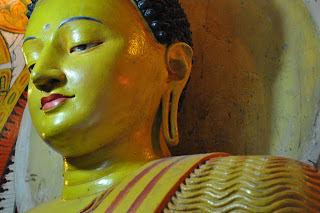 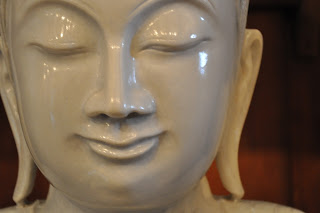 From here we toured a local tea factory- tea is a huge export here, and said to be some of the best in the world. It also makes great gifts, and with Christmas just around the corner I'm getting my shopping done early!! We enjoyed a lovely cup of tea and then headed to visit 3 more temples in the area. The first 2 we saw (Gadaladeniya and Lankatilake) were quite similar, and both quite remarkable. Both of these shrines had Buddhist and Hindu temples on site. The Buddha statues inside the temple were the exact same, just different colours.
The third last temple we visited this day was the Embekka Temple, which I personally could have skipped. Maybe it was the downpour of rain when we arrived, maybe it was because it is so much smaller than the other 2, maybe it was the fresh smell of rat poop?? If you are a fan of rat poop then by all means go- otherwise there are many other things to see.

We also toured a Spice Farm while in the area- really awesome, but once again since this is very touristy things are priced accordingly. We ate a lovely lunch overlooking Kandy in an area called "Upper Lake" very beautiful views from there. We toured a Gem factory with beautiful jewelery, but I honestly think it's cheaper for me to buy jewelery here in Saudi, so we just browsed. We decided to really relax for our last night in Kandy, and ordered massages in our hotel room- my next blog will be about this!!
Posted by Kristine at 3:30 PM