After spending the morning at the elephant orphanage we started our long drive back towards Colombo, and then started down the coast towards Galle. Our final destination was Hikkadura Beach which is about 18km west of Galle. The drive took us close to 5 hours, we stopped off to eat and take photos along the way. I was really surprised by the amount of tsunami damaged buildings visible 6 years later. We passed many deserted unlivable places. It was really heart wrenching to think of what these local people went through, and the destruction that remains is a constant reminder. We stopped at a couple Tsunami Memorial sites to pay our respects. At one of the memorials I met a local woman who showed us one of the mass burial sites that sits alongside the sea. Her 22 year old son is buried there along with some 1700+ others. Meeting her brought me to tears. Her house was completely ruined, and she is now raising her grandson. Everyone we met had been affected by the Tsunami. After visiting Ground Zero and Hiroshima I can say that this was much more somber. This was a disaster brought on by nature, and these locals have to live by and look at the ocean everyday, wondering when it will happen again. 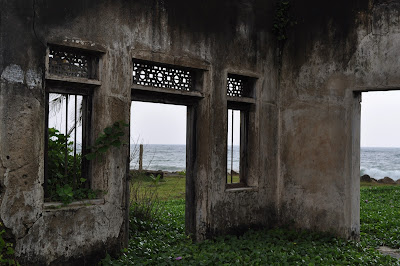 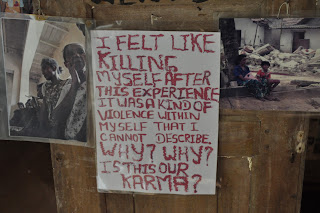 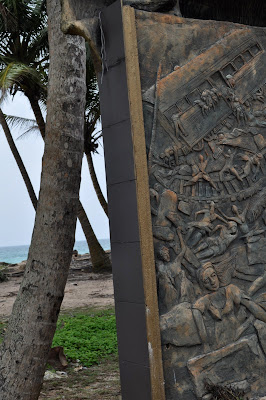 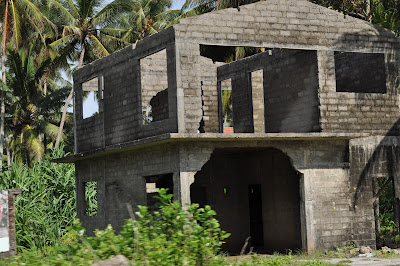 We spent the next couple days lounging at the beach or pool. We took an afternoon day trip to see the city of Galle. The fort part of Galle was largely unaffected by the tsunami, as the large outer fort wall prevented water from damaging the old city. The same cannot be said for the downtown and unprotected beach portions of the city. We spent our last day slowly making our way back to Colombo. We stopped off at several antique stores, a moonstone mine, another gem factory, and had lunch in Bentota overlooking the water. Bentota seemed really chill, and I would add this to my list when I return to Sri Lanka. We also stopped at a sea turtle conservation project. We were able to hold 2 day old sea turtles, and even got to see a ticklish albino turtle (yes you read that right!) They are one of several similar organizations that work with local fishermen to rescue turtle eggs, and release them back into the ocean. You can arrange to volunteer with them if ever in Sri Lanka. Their website is www.seaturtleszone.com 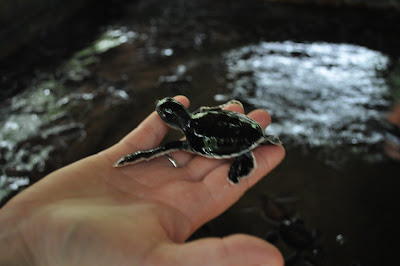 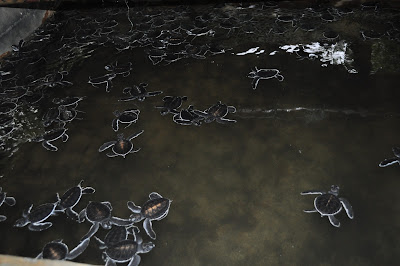 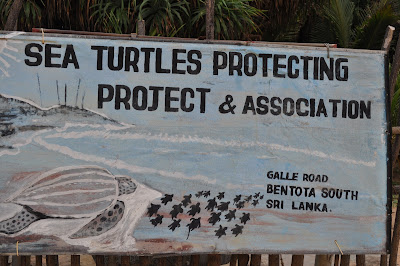