While in Lebanon we did a couple day trips outside of Beirut. One tourist site that I would highly recommend is the Jeita Grotto, an amazing upper and lower cave/ cavern. The upper cave you walk thru, while the lower one you are taken on a slow motorboat tour. Worth the trip for sure. After sending an hour or so here, we headed to the small seaside village of Byblos- north of Beirut. We arrived during a major afternoon downpour- so we chilled out in a local restaurant till the skies cleared. We then toured the ruins at Byblos- and took a bunch of great photos: 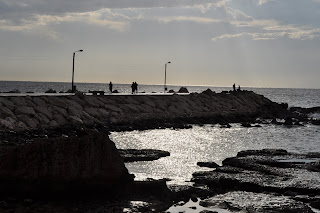 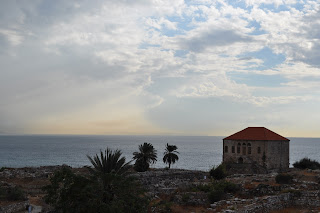 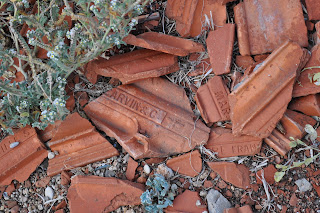 The second day trip that we did was into the Bekaa Valley- which used to belong to Syria and is the homeland of Hezbollah. Driving thru this region you pass numerous billboards showing the photos of local martyrs. We were there to see the famous ruins of Baalbek- which is on a smaller scale than Palmyra, but much better preserved. We spent a few hours wandering the sites, and taking more photos. 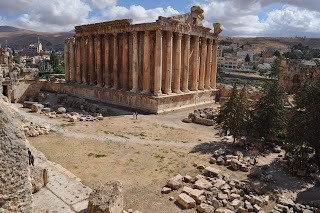 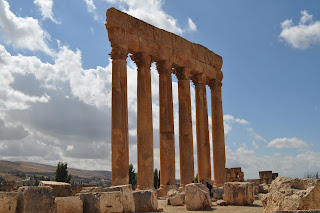 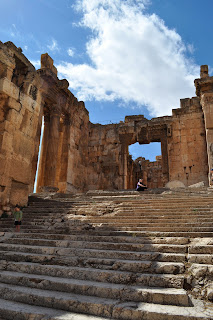 We ended the day with a trip to the wine regions and a visit to Ksara wineries. This included an awesome free tour of their underground caves where the wine is stored, and a wide selection of tastings. We spent the afternoon drinking wine and snacking on cheese....I was in heaven!! 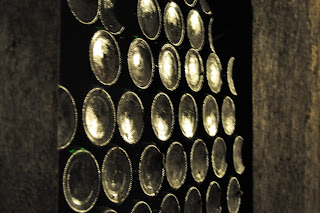 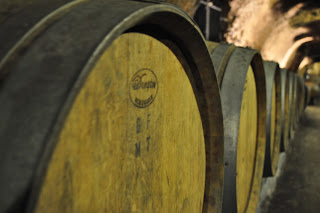