Last weekend I went to Jeddah with a group of girls from work. Jeddah is on the coast of Saudi Arabia, and is supposed to have some of the best diving in the world. Saudi Arabia has virtually no tourism industry- so the reefs here are largely untouched. The group that I went with was there to dive- I was there to relax and get some beach time in.

We stayed at a hotel that offered a weekend dive package including 2 nights accommodation, breakfast and lunch both days, and a BBQ buffet. The entire package was 1300SAR which is the equivalent of around $350US- so $175/ person. It was an amazing deal. The hotel was clean, beds comfortable, so I was happy.

The public beaches in Jeddah are for men, and women who are covered. Luckily, our hotel had a western beach access, so we didn't have to swim in our abayas!!! The western beaches are basically lots of beachfront that have high cement fences that run into the ocean to prevent locals from seeing too much skin. The beach was great- there were enormous umbrellas so I could keep my albino skin in the shade! On the 2nd day we snorkeled- it was a little too ruff, and the water wasn't super clear, but we were still able to see a ton of colourful fish!

Jeddah is much more liberal as compared to Riyadh. That being said, we still had a minor run in with the religious police where we were asked to cover. On our hotel we were allowed to walk around without our abayas assuming we were conservatively dressed. Jeddah has lots of beachfront walkways that are lined with sculptures and beachfront mosques. 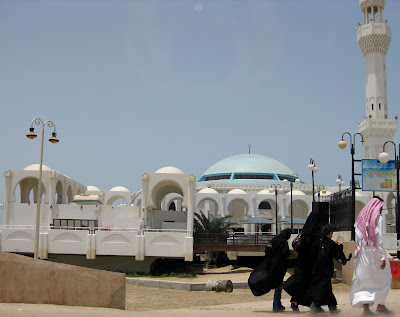 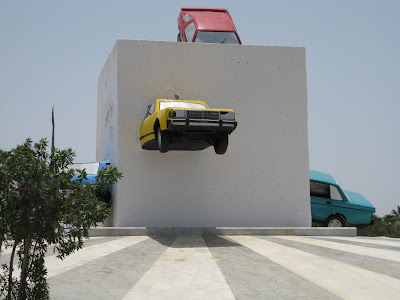 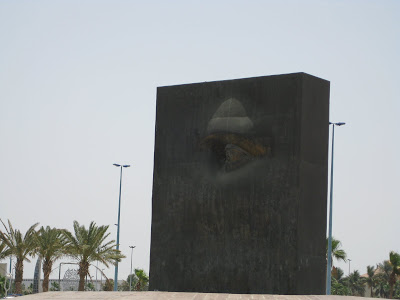 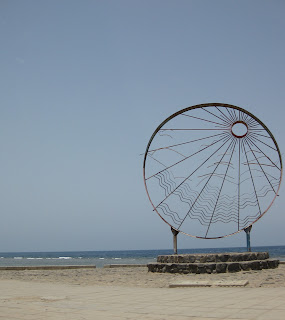 Jeddah is super humid, and a little too uncomfortable for me at this time of year. I found that I was sweating in places I didn't know could sweat. In Riyadh the temperatures are higher, but its a dry heat, so I have found it easier to tolerate. It was difficult to take photos in Jeddah as my camera lens would immediately fog up. In the end we hired a driver to take us around the city so we could take pictures from the inside of the car. It was so great to get away from Riyadh for the weekend, and I'll definitely visit Jeddah again.....when the temperature is a little more manageable!!! 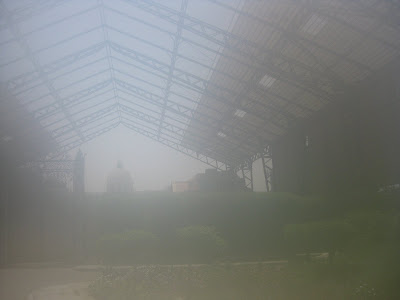 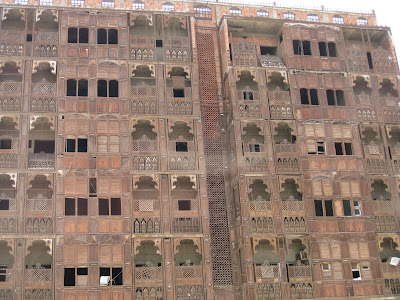